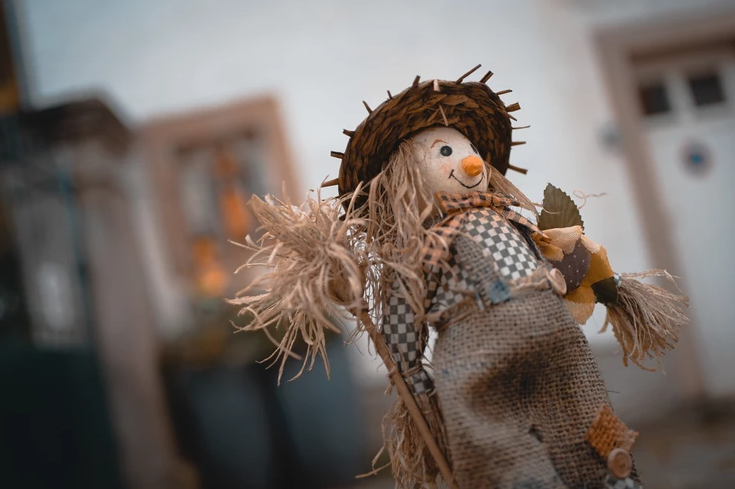 As promised, let us begin our journey down the yellow brick road. The first person to accompany Dorothy on her quest to the Emerald City is the Scarecrow.

We know that his strongest desire is to have a brain. My question is, did he want a brain or a mind? The scarecrow is first seen in a corn field and his job is to scare away the crows. One day an older crow realises he is just a straw man and he tells the other crows and they are no longer afraid of him. They resume eating the corn in the field, but not before the old one shares with the scarecrow the importance of having a brain.

On their first meeting, the scarecrow tells Dorothy that he can’t make up his mind because he doesn’t have a brain. If he had one, he would think of things he’d never thought of before. He would consult with the rain and the flowers and would dance and be merry. The brain mind debate is one that has been going on for decades and there are numerous studies and theories on the differences between them. I believe our brain is the physical tangible ‘head office’ if you like, of the body. The hub where all the controls are, to enable the body to function physically.

I believe the mind is the invisible transcendent world of thought, emotions, beliefs, imagination and the source of our behaviours.

“Something that is transcendent goes beyond normal limits or boundaries, because it is more significant than them.”

We can change our mind, how we think, our attitude, and our beliefs. We can choose which habits we want to keep, which ones we want to break and new ones we want to develop. Whilst all these thoughts and changes can create new neural pathways in the brain, are they not all functions of the mind? We often hear about the power of the mind and how we have only begun to tap into our own potential and capability.

Perhaps the old crow was the ultimate salesman. He was able to convince the scarecrow that he must have something he believed he had lived without up until that point. It was something Scarecrow didn’t know he needed until then and possibly had never even heard of before his conversation with the crow. But now he did know. And he wanted one.

So, here’s a point. Once we acknowledge that we know something, we can’t un-know it and once we see something, we can’t un-see it. It is up to us to make new decisions based on the new information at hand. We can ignore and deny, for as long as a lifetime, but deep down in our soul, we still know. Often the denial and avoidance can destroy any chance of true happiness or the feeling of something so wonderfully new, that we may not have even experienced before.

The definition or very name scarecrow comes from its purpose – to scare away crows from a field or garden. Can you imagine your job being to deliberately scare people or creatures?

There is a philosophy that says every human operates out of only two emotions, Love or Fear. Fear can be paralysing and blinding and whilst we often fear things that will never happen, sometimes in life they do. When we are scared, but operate out of love anyway, we more easily overcome the fear. It is always about choosing a different perspective.

Sometimes in life we are lucky enough to meet someone really special. Someone that totally rocks our world. Someone that changes our perspective on life and shows us love in a completely different way to how we have ever felt before. Sometimes that person is with us for a season or a lifetime but either way we are forever changed for having had them in our life. 💙

Dorothy says at the end of the movie that she thinks she will miss the Scarecrow the most. He was with her from the beginning. He supported, encouraged and loved her all the way.

See you all next time as we meet the Tin Man and look at his quest for a heart.