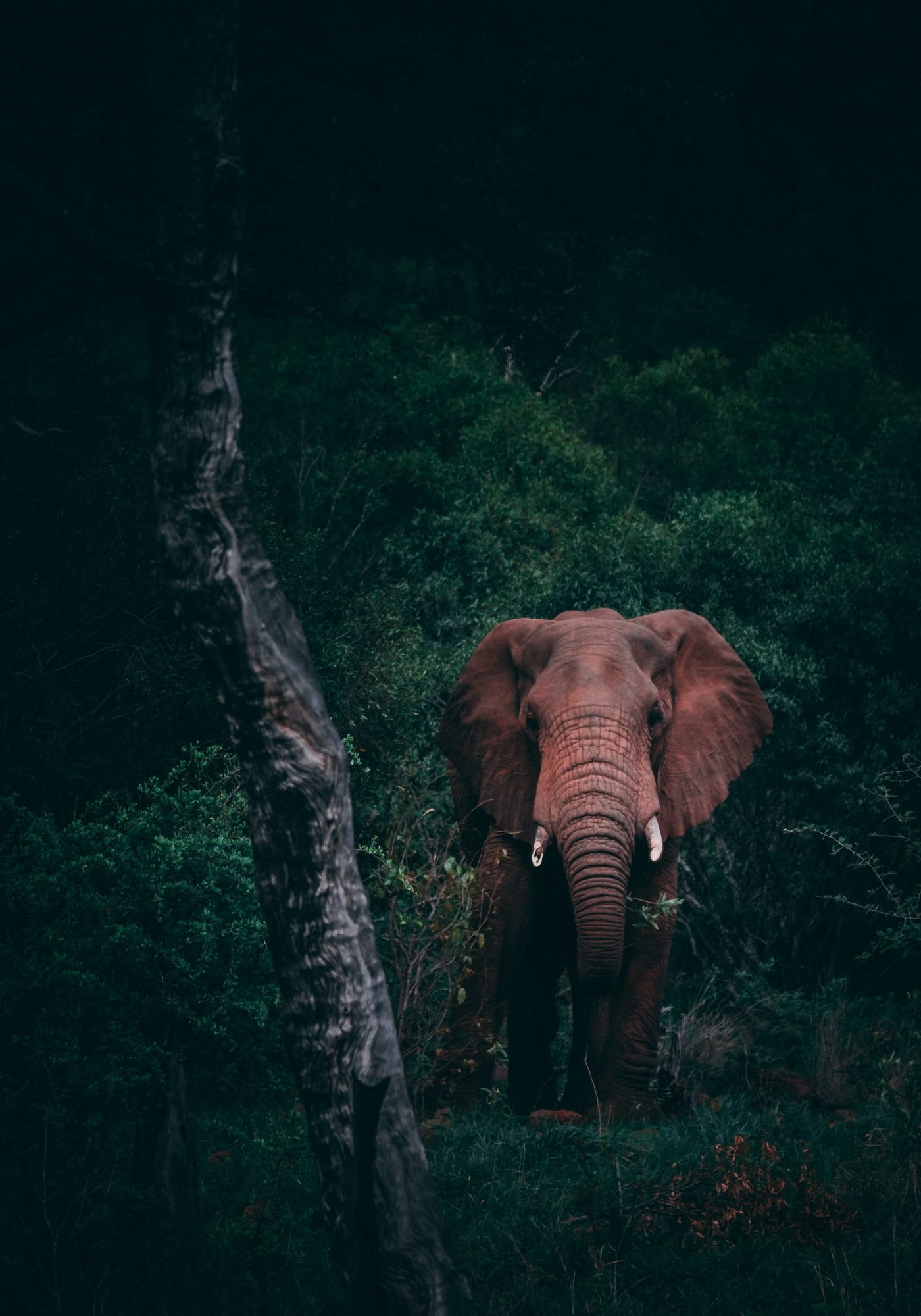 I feel like I might have given elephants a bit of a bad rap in last week’s post, so this week I wanted to rectify it. I actually really like elephants and have always had a sense of wonder around these huge, ancient, and wise giants plodding all over the world.

It seems there is a lot to these incredible creatures, so today I thought I’d see if elephants have anything to teach us. 😊

Elephants can live to over 60 years old, and the herds are led by the matriarch – the oldest female

You may have heard the saying ‘the elephant in the room’. This usually refers to something important that no one is talking about it. How many elephants have been the source of an argument, animosity, or a relationship breakdown that could have been avoided?

and manage to keep the herd together through infrasonic vibrations and other audible communications. This also allows her to keep them focussed on the task at hand – trekking to the next water hole, looking after the young, or finding food.

Elders are taken care of and babies are looked after by the whole herd as a community. They are intelligent creatures (they are lead by the female, after all, 😉 )and use this intelligence for the benefit of the whole team. They work together and can sense when another elephant needs help – AND they act!

and this has been proven by their innate ability to recall distant watering holes and even other elephants, decades after their first encounter.

Elephants don’t forget but they DO forgive.

It seems these gentle creatures don’t carry grudges as humans do. How much easier would our lives be if we ‘forgave’ those that we feel have wronged us.

I don’t even know if forgive is the right word, maybe more ‘be okay with it‘ is better. People will do what they will do and we only have control over our actions and reactions. It certainly lightens the load though when we ‘let go’ of unnecessary baggage.

Studies have shown they have an advanced level of self-awareness, one that is shared with apes, bottlenose dolphins, and some humans.

Perhaps this is the reason going within is so important. To get more in touch with our self-awareness, to instill a sense of peace and calm, and ultimately gain a different or more beneficial perspective in our lives.

Weighing in on average between 2-7 tons, they tread surprisingly lightly and quietly.

Their footprint on the plant is gentle

and compared to what they give back, almost insignificant.

When you compare the damage done by humans to the planet compared to an animal on average 75 times our weight, it is disappointing and grossly disproportionate.

As a side thought, I am guessing elephants are totally okay with their weight (and their body shapes). As long as they are feeling healthy, and strong, they likely pay little attention to how big their thighs or butt are.

It seems there are many lessons to learn from our elephant friends:

Perhaps the biggest life lesson though and my favourite is the one of perception and we learn it through this beautiful parable.

Once upon a time, there were 6 blind men living in a village. ‘An animal named elephant is in the town’, one of the villagers told them. Never having seen an elephant, each of the men wanted to experience this creature through their sense of touch.

The first man leaned up against the elephants’ side and rubbed his hand across it. ‘It’s a strong vast wall’.

The second touched his tusk, ‘It’s smooth with a point, it’s a giant spear’.

The third touched the trunk, ‘It’s a huge snake’.

The fourth felt his ear, ‘It’s a giant fan’.

The fifth touched its leg, ‘It’s a tree trunk’ and the sixth man held his tail for a moment, ‘It’s a length of strong rope’.

An argument began as each blind man declared what they believed to be an absolute truth.

All truths are based on our personal encounters and our previous experiences. Experiences form our beliefs.

Without putting everyone’s perception, experience, and beliefs altogether, and taking into account everything we don’t know or can’t understand, do any of us really have the truth about anything in its entirety?