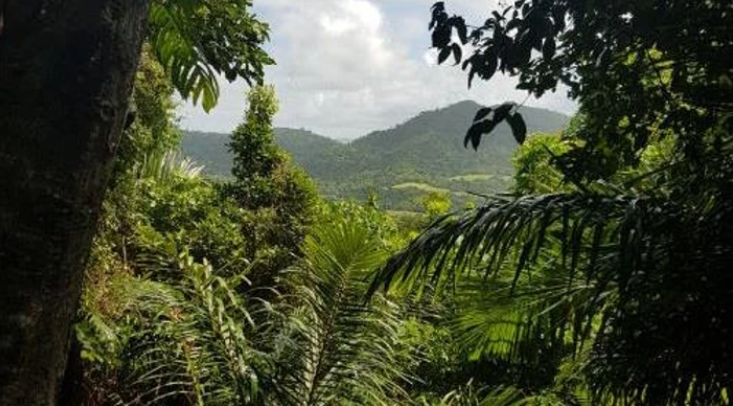 “Anyone who wants to walk up to Reception, there’s a beautiful trail through the rainforest. Just be aware though, it’s steep and rugged in places…”

I smiled, she could have been talking about life, ‘a beautiful trail that’s steep and rugged in places…’ ‘Say no more!’, I thought, ‘My yoga retreat has begun.’

Despite being somewhat of a delinquent yogi, this was my third retreat and I was so looking forward to it. I began the climb up what felt like an enormous mountain, both physically and metaphorically. I knew only too well the power of yoga and the changes that would inevitably occur, both inside and out, with me taking this first step.

Mindfulness is about being deliberate

Not being an experienced ‘bush walker’ my 600m climb through the forest was a challenge. It was physically harder than I thought it would be, but mentally more energising and invigorating than I could have imagined. The track was not unlike what I had expected. As I navigated my way between trees, climbing up half timber, half mud steps and over branches, stepping carefully on the leaf littered forest floor, I took a minute to be in the present moment. I breathed in deeply the fresh clear air and as I held on to a tree, I closed my eyes and smiled up to the sky. This was going to be an incredible journey.

Simplicity is the key

There were two styles of accommodation to pick from and we had chosen the Rainforest Hut. It was the epitome of simplicity. Our single bedroom was enclosed with walls of flyscreen’s and the timber shutters welcomed us with a sense of peace, calm and knowing. The room was neat with a perfectly made double bed and a bed-side table with a lamp. There was nothing else in the room.

I followed the timber deck around the outside to find a white washbasin which was a small extension of the balcony ledge. It looked out directly into the trees. On the opposite side of the deck, a clean white toilet was tucked discreetly in the corner. The shower head was mounted on a single timber post, no drain hole and void of glass walls, the trees providing the only natural screen for privacy.

I had not been previously exposed to this much ‘outside’ and I silently embraced the adventure I had embarked on.

Our first yoga session was within an hour of us arriving and my partner and I were quickly realising that this could be an all-encompassing experience if we chose it to be. We left our hut, sliding the screened door closed behind us and walked the 50 odd meters up the hill. We crossed the reception area and followed the timber sign that simply said ‘Yoga’. Another 100m or so downhill I looked up and my heart soared. At the end of the path stood a simple but stunning purpose-built studio that seemed to be hidden amongst the trees. The only “give away” was the path leading directly to the door.

We would spend nearly 18 hours over the next five days in this elevated private room among the trees, building strength and awareness as we found our edge, physically and mentally. For some of us, we would also extend ourselves emotionally, which would prove only to be a good thing.

Yoga is not about touching your toes, but it  is what you learn on the journey down…

The yoga sessions that followed over the next five days were a combination of stronger poses and restorative practices. The more active sessions were in the morning and as we had the days to ourselves it was perfectly book-ended with a gentler practice in the afternoon.

Even as a delinquent student, I was surprisingly comfortable and was reminded that yoga is about working within my range whilst finding a comfortable edge. The poses were like pure joy and positivity for my body and my mind and I responded accordingly. After the first few sessions I began to feel the practice in my muscles and joints, but it was never associated with pain. My body had been reminded of what to do and my conscious mind seemed to follow. The discomfort I felt was empowering and with each session I felt stronger and healthier inside and out.

Nutrition for the body and the mind

The yoga sessions were at 7am and 4pm. This allowed for an almost two-hour practice including Savasana, followed by an incredibly delicious meal prepared by our chef. Whilst specialising in vegan and vegetarian cuisine, even the meat eaters delighted in the range, not for a moment missing their usual omnivorous habits. Each meal brought with it a variety of mouth-watering aromas, flavours and freshness and the combination made you feel like you were doing your body a service with every bite. There was more than enough, and we ate until we were full.

The hours between yoga were spent as we chose to spend them. There were long walks on the beach, adventures up and down mountains, relaxing coffees in nearby cafes and pages and pages of books being turned in every hour.

I spent a lot of time just being in the moment and reflecting and planning. It was time out from ‘normal’ life, and I knew only too well how precious these ‘in between’ hours were and wanted to be present in as much of them as possible.

As each day rolled into the next, and we took time out for ourselves, I thought of all the people that weren’t at the Sanctuary with us. I wanted to yell out to them, ‘You MUST do this! You will feel rejuvenated, inspired, empowered and amazing!’ I wanted to shout to the world that yoga retreats are for everyone. It doesn’t matter your age or nationality, your level of fitness or flexibility, if you are single or coupled.

More than anything I wanted everyone to know that yoga is not just about poses, but about life, and about balance, consciousness and awareness.

15 of us from all walks of life and ranging in age from 35-78 years old, spent five days together. We stepped out of our ‘reality’ and into nature in the form of a magnificent rainforest, lush and green. We breathed in the fresh air and consumed wholesome food. Each of us removed from our normal time spent in the present. We took moments out to be grateful, for the life that we have, the people we met and the experience that would surely have a ripple effect long after we put the key in our front doors home again.

Five days were enough for me to be reminded that yoga retreats are for everyone. They provide us a space to remember that we all have a story, we all face challenges and we all have choices. They allocate a time to step out of your world and if you decide to fully immerse yourself in the experience, it is impossible not to emerge a better version of yourself. They remind us that we are stronger than we think, physically and mentally and with a little bit of courage we can achieve whatever we set our minds to.