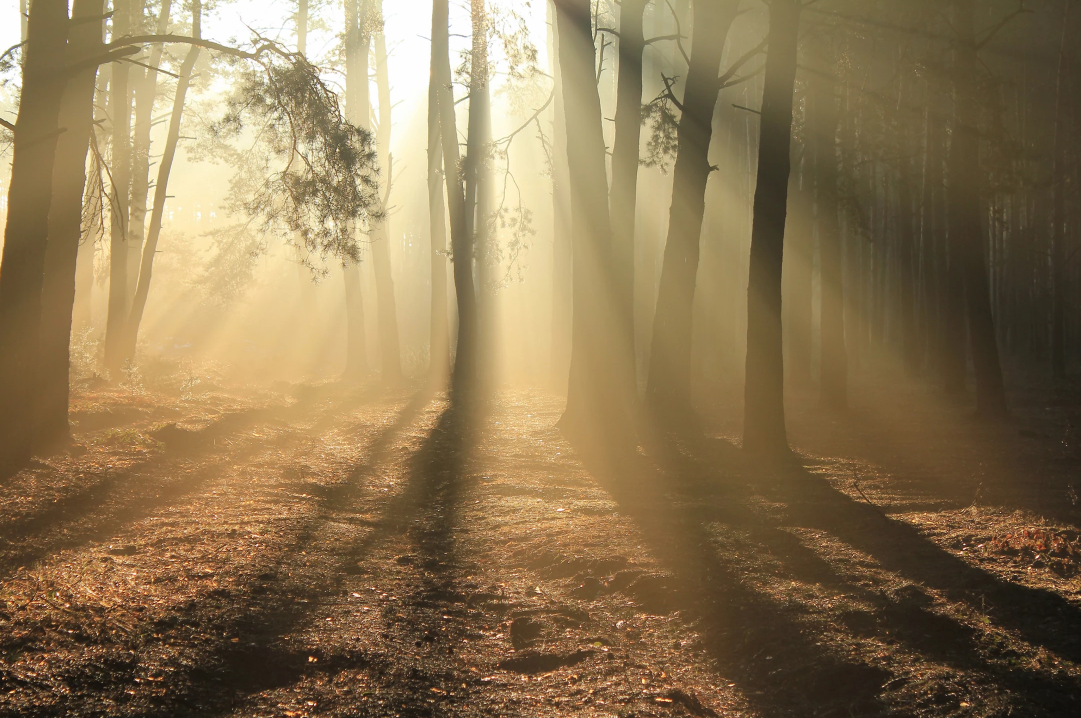 The walk was short but the mental and emotional baggage you carried was incredibly heavy. It seemed to weigh you down and slow your steps. It was light but the sun was not up yet, and the air was cool. Nature had been awake for a while and the birds and bugs called to each other, happily going about their day.

A wallaby bounced by and noticed you in the distance. He stopped and stared. He seemed to know what you were doing here in his territory and his black eyes didn’t leave yours for the longest time. He finally broke the gaze and continued surprisingly calmly, where he was going.

This would be the first of many encounters with nature you would have and each one would leave a mark on you and a take-away lesson.

The days would be long, oh some would be SO incredibly long, and the nights would be still. The only concept of time you would have, would be to watch the stars moving across the sky and the sun rising and setting at dawn and dusk. You would fully appreciate the space between first light and sunrise and these moments would truly matter, bringing with them huge meaning.

You would have nothing to do and no one to talk to, nowhere to be and no decisions to make. This left nothing else but to be in the present and to go deep into a space many humans rarely (if ever) go. The fast from food would be the least of your thoughts and water would initially become your best friend.

In what would be referred to as the ‘non-real’ world, we go about our daily activities, filling our timeslots up with what we believe are important appointments and commitments. We rarely make the time to reflect and leave ourselves open to our distractions becoming our values unconsciously and by default. We lose a part of ourselves; it never leaves us but becomes dormant or hidden. Where you went there, there was no other option other than for you to be free to emerge in all your glory.

I watched as you observed the days rolling into nights, that rolled into days, that rolled into nights again. Each bringing with it a new light and a fresh slate. The mysteries and wonder of the little things were becoming so visible, at times you found it hard to comprehend not noticing these all the time. The difference was the silence, the stillness and the peace. Nothing to distract you and nothing to do, just the space to be.

The final night before your re-entry was a sleepless one and I wrapped you up in my love knowing that you were not the same person who had walked into this space. First light brought your walk back to the fire. The same path brought you once again many tears, but these tears were very different ones to those previously cried. Your steps were lighter, you had left your baggage and your fear behind. Your heart was now bursting with so much love and you wanted to tell everyone and hug them all. You wanted to reassure those that lived forever in the ‘non-real’ world that it was all going to be okay. Everyone was going to be okay! Everyone is already okay!

Something happened out there on that journey, on that Vision Quest. A shift, an epiphany, a re-birth, and all within a surreal safe and energetic space that allowed you to go deep. Some things will never be spoken of and I can only hope that you will revisit and regularly take yourself back to that space as a way of reminding yourself who you really are.

You have experienced something that a tiny minority of people around the world today have also come to know. You are among ancient tribes and forefathers and ancestors that had so much more awareness of what is real, despite not having any of the material or technological advancements we have and think we need today.

And when it is quiet, late in the dark of night and you lie awake, remember our time together. Close your eyes and smile listening to the sound of the wind, nature and feel the energy within you. You have unlocked a door that will remain permanently open and it is yours to walk through whenever you choose.

And with a deliberate focus, more awareness and this ‘rite of passage’ opportunity to meet me, may you continue to take steps to move closer to a life of peace, calm, ease, balance, stillness and abundance.

And remember, nothing will ever EVER be as it was…