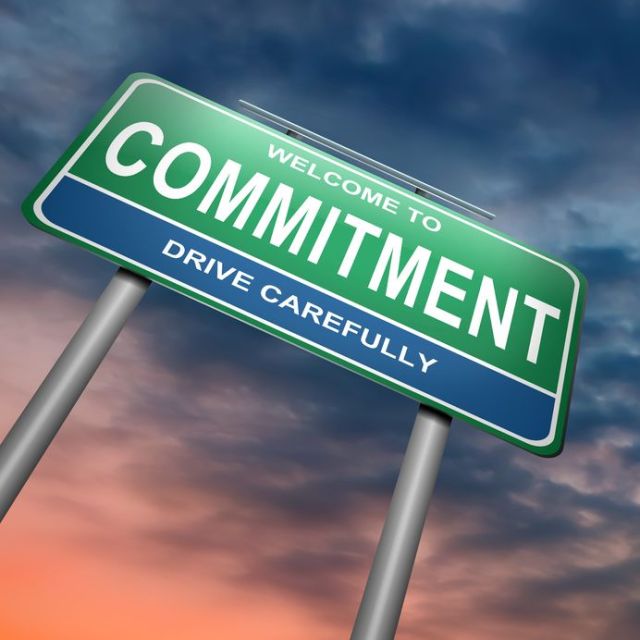 Today’s topic is one of commitment. Pretty broad subject I realise, so unless you want to read a small book worth of a post, it will just be a few of my thoughts and personal experience.

It’s amazing what happens when you are forced to throw yourself out to the Universe and surrender control. Over the last few years, I have been invited to participate in a number of different opportunities, some of which I have grabbed, others not so much.

After a conversation recently I realised that I hesitate to commit in certain areas. I wondered, ‘Does this mean I have commitment issues?’ No. I don’t think so. But, it was something I needed to unpack for myself, to understand.

About a year ago, I was asked to be part of a program and my initial thoughts were, ‘What is the commitment required here? Will I be able to commit? Do I even want to commit?’ The content was really important and definitely of interest to me, but sensitive and touched a nerve. Immediately, I could feel the resistance within me.

Perhaps it wasn’t the right time? Maybe I was suffering a common side effect experienced by other mothers who have lost a precious child, in not wanting to make a decision. It wasn’t the first time I had felt this hesitation though and I wanted to understand why, so I could move forward.

I don’t know if I taught Ben or if he has taught me, maybe a combination of both but I believe making a commitment to something (or someone) is a big deal. I didn’t have to dig too deep to uncover it is a fundamental part of my integrity, and I don’t say ‘yes’ lightly.

I have developed an inbuilt process where often my brain will run into the future to do a quick micro-analysis of what might be involved – how much time is required, pros and cons, and potential best/worst case outcomes. [Read it’s always interesting being me lol 😊].

We can never know what the future holds and can never be sure how things will pan out no matter how much planning we do. I hate letting people down or disappointing and having been on the other end of others pulling out of something or not following through, I would rather say ‘no’ upfront if I am even a tiny bit unsure.

This has definitely been more important since Ben passed. In the early days, I wouldn’t commit to any social engagements, and this has lasted for years afterward. Even today my brain is programmed to quickly do a ‘trigger assessment’ before I say yes.

While I’m on a roll, permit me to digress for a moment.
Many people say to someone who has just lost a person, ‘let me know if there is anything I can do.’ or ‘Let me know when you are free to catch up for a coffee‘. 9 times out of 10 we won’t!

We won’t let you know if there is anything you can do because the only thing we want is our person back and you can’t do that.

We also have no idea or sometimes even care what has to be done. We are just trying to get through the next minute, hour, and day.

Understand this is like a google event that repeats annually. Every birthday. Every anniversary. Every year. Indefinitely.

If you want to feel like you are doing something, you might need to be proactive whilst giving space at the same time. If you want to drop something off – food, a gift, flowers, a card, don’t have a plan to stay. Leave 30 minutes open, but understand we might not want company at that moment. Don’t ask, just mow our grass.

If you want to have coffee with someone who is hurting, suggest 2 or 3 times AND the location. Most importantly, be okay and have NO judgement if they pull out at the last minute. We have no control of the wave that can suddenly and without warning crash over us, leaving us unable to breathe, scared, and gasping for air.

We are coming up to 4 years now since Benny moved on and I am still learning the vast expanse that death has changed me on every level. I have said before it gets different as time goes by. I continue to evolve and adapt as the years pass. I am not the person I used to be.

You really don’t get over this, you build your life around it. Sometimes the negative bits seep into the life you are trying to pull together. Other times I choose bits to bring in through the work I do and the acts of kindness in Ben’s name. Either way, it has taken a long time to accept some major changes in who I am, how I live my life today, and what I want to see in my future.

This week I stopped in at Ben’s footie club. I hadn’t been there for a long time and the embracing feeling and connection I felt hadn’t changed as I walked in. I glanced briefly to the right of the entrance where the PCYC is located, and my stomach turned. I wondered if I would ever be able to look at it without feeling sick or having a flashback.

I quickly diverted my attention to the office where I was heading to pick up ‘Boots for Ben’. Along the way, I saw a familiar face smiling at me, Ben’s footie coach Pechey. As we caught up, he relayed a story that he was proud to say was in his ‘story repertoire’ and one he has shared many times with others.

Mid 2017, Ben had a cold. He had been off school for a few days and had missed both training sessions that week. Pechey and I had spoken, and I told him Ben wouldn’t be there for the game that week. I had told Ben to rest up so he could be in top shape the following week.

I was away for a night or two the day of the game and Pechey recalled:

‘So, Ben turns up at the game and I said to him, ‘I thought you were sick?’, ‘Nah, I’m good to play’. I was a bit concerned and said ‘Okay, see how you go after a few minutes.’ Well, Ben stayed on the field the ENTIRE game and as I recall got man of the match! He was incredible! – Ha! Played his best game ever!

After the game, he came up to me and said, ‘Hey, I’ve got something to tell you. Mums away and I wasn’t supposed to play tonight.’ Great I thought, now I’m going to be offside with a mum! I kept his confidence and told him ‘well done’ on a great game.

He must have gotten a lift home afterward as when his dad turned up at training the following week, he couldn’t work out why Ben’s bicycle was at the ground. I just smiled and shrugged my shoulders. I couldn’t believe he had ridden his bike to the game in the first place!

This week we had to pick a player for the Ben Shaw Shield – one that best emulates his character. It’s quite a challenge when there are hundreds of great kids to choose from. But it always comes back to this story for me. His commitment was unwavering even though he wasn’t supposed to play. He showed guts and massive determination and integrity! I try and pick a player that also displays these characteristics. He was a great kid!’

Thanks, Coach Pechey, you made my night! 😊