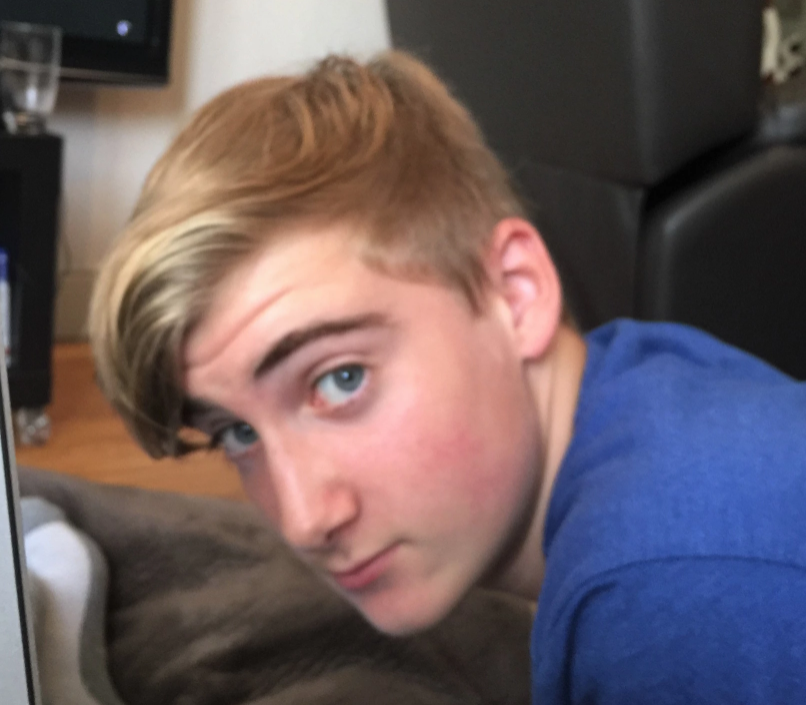 Today’s post is a special one and a bit longer one so you might want to get a cuppa. I have decided to dedicate it 100% to my angel Boo. I never imagined it was possible to miss someone as much he is missed. With this in mind, I hope today’s words will also bring a smile to your face. There are 16 points in total for what would have been his 16th birthday tomorrow. As always, much love … 💙

1. Ben drove his first car at aged 3. Managing to release the handbrake and put it into gear, he proceeded to roll down our driveway, onto the road and performed a perfect reverse u-turn into our neighbour’s fence. He couldn’t see over the steering wheel and his legs only reached the end of the driver’s seat.

Man has proven that we can achieve anything we want in life despite the obstacles in our way. We just need to believe and persist.

3. Ben was quite musical in his first few years of school dabbling in a couple of instruments then settling on the cello. He decided before retiring his musical career after he realised he couldn’t sing when he joined the choir, that he would finish on the largest instrument he could find – the double base!!

Life is full of options and a bit like a buffet. Why not taste a little of everything, who knows, we might realise we actually do like ‘green eggs and ham’, but we’ll never know if we never taste.

Life is short; to be able to expand our minds and learn new things every single day must be one of life’s greatest offerings. We are quick to forget not everyone in the world has access to the same range of opportunities as we do and yet we still take it for granted.

5. While helping Daddy once, Ben filled the ride on mower petrol tank with water.

6. Ben was an amazing cook, often taking photos of his weird and wonderful creations. He perfected the multi-level multi-filling toastie and was no stranger to a mean batch of brownies, a spaghetti bol and Jordans favourite bacon and pancakes brekkie 😊.

Contrary to popular belief, you CAN actually have your cake and eat it too!

7. Ben was very organised and meticulous. As a toddler he would regularly group and organise his Pokemon cards alphabetically. Later this continued with football cards… everything had a correct place and a correct order. He hated clutter.

8. At a play centre at about 3yo, Ben noticed a little girl crying. Armed with his tiny teddy biscuits he ran over to her and sat down. With his arm around her he handed her the bag of biscuits.

It is a subtle reminder that whilst we can’t help everyone, everyone can help someone.

9. An excerpt from an email I sent in 2014 “So, Ben continues to do his thing. Anti bullying day has come and gone and they have adopted his idea of the “buddy bench”, a bench where people can go if they are not playing with anyone or are sad, lonely or whatever. The leaders then can go over and keep them company or see how they can help. It’s such a great idea.”

The buddy bench remains today and I hope to see more in the future.

10. Ben loved all creatures great and small. Whilst he was definitely a dog person, he once nursed a dead fly back to life… He named his new friend Winston and when Winston recovered he ‘released him into the wild’.

To say you are compassionate and loving is one thing but to be able to live it and experience it is quite another.

11. It is no secret one of Ben’s passions was football. He played consistently from 6yo in the Under 7’s soccer quickly moving to league the following year. He switched to AFL for 2 years but returned to his love rugby league in 2017 having a blinder!

Passion is energy. If you close your eyes and you can ‘feel’ the power that comes from focussing on something that excites you. Try it.

12. Ben met his best friend in year 5 at primary school but they fast became like brothers. After each week of living together in the school holidays they sounded like an old married couple. Jordan always wrangled the bed and Ben always the mattress on the floor?!

I believe they will always have a very special and unique relationship – a true friend is someone who accepts who you are but pushes you to become the person you can truly be.

13. Ben was a glass half full kind of guy. Someone once told him not to get his hopes up about something. He responded, “well aren’t you a little ray of sunshine!”

If you think you can, you can!

14. Ben had very strong views on certain topics. This included the environment, third world countries, and domestic violence specifically violence against men. He had researched the statistics and was angry that these men didn’t appear to have a voice in society.

We do not leave our footprint on the world while sitting on our butts!

15. During Ben’s dinosaur phase, he preferred we read reference books to him as bedtime stories. He would gently correct our pronunciation and put you through a pop quiz when the page was finished! I am not even kidding! He learnt so much from his friend David ‘Apridack” (Attenborough)

My gorgeous Benny, you have taught and continue to teach me so much 😊

You shared yourself across a huge network, near and far and every single one of those people felt important. You made and continue to make a difference in the world! You proved that time is non-existent and continue to show me that this life is such a small part of the bigger picture. You have told me that it is what I do here now that matters and how I make a difference that counts. You prove time and time again that you are with us always in spirit. I promise I will never let you be forgotten gorgeous boy!! I am so incredible proud of you …

Ps. It has just been pointed out that I missed Point 2 in my post today. I had so many issues writing this post, it disappeared and then just as I started re creating it reappeared again. When I checked it this morning before sending it the numbers had changed overnight and I had too many points (there would have been 17) so I had to re-number before posting. Apparently now there is now no number 2. Benny you’re making me nuts! 💙