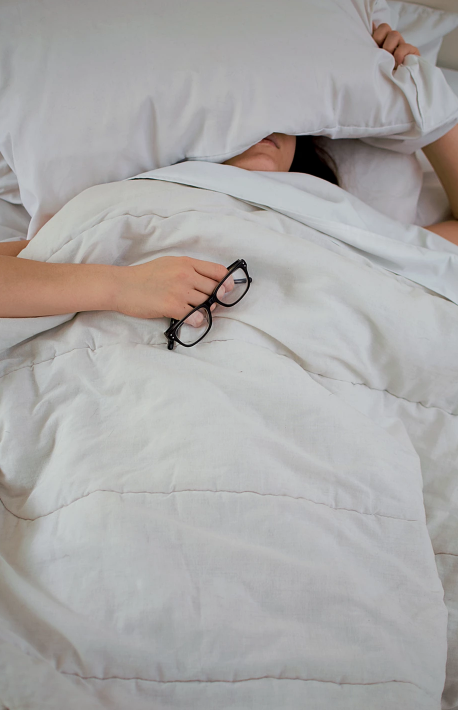 I recently had the delightful experience (not really) of the Universe reminding me to be grateful and not take for granted what I have. Apparently, I was becoming complacent!

I am one of those lucky people who never get sick. I had a cold once for about 24 hours a few years ago but that’s about it. It’s possible I missed the ‘sick’ allocation hand out before I was born but regardless, I have always maintained the attitude of ‘I am not spending time being sick’ and I have simply refused to participate. This is probably a good thing as it turns out I don’t do sick very well!

Once upon a time a few weeks ago I started to cough. No biggie I thought, a day or two and it will be done. I am probably due a 24-hour bug anyway, so let’s get this over with. Two weeks later and a bit of nose blowing but no other symptoms, I decided to go to the chemist. Time to stop an incessant and what sounded like a chain smokers cough once and for all. As I never get sick, I don’t take any medication either and only reluctantly the odd pain killer.

Quick segway here and a valuable note for anyone who has not had a baby yet… I did ask for medication once – an epidural but apparently that’s too late when the babies head is already out!

So, the pharmacist recommends a bottle of potion which will help ‘break up what is on my chest’ and I should be good again. I reluctantly but diligently drink the syrup for a week – nothing! Well, this is annoying I am thinking and I’m now more than a tiny bit over the constant coughing! Still no other symptoms though, so I leave it go another week. It was around this time I bent down to pick something up from a bottom shelf and my back yelled ‘SURPRISE!’ WOW, I hobbled around like a broken old lady for the next few days and every cough practically brought me to tears. So, I decided to ‘get over myself’ and I made an appointment at a Chiropractor.

This was another first for me and fortunately I connected with the Dr straight away. It was just as well as I was pretty sure he had broken me at one point. I also discovered he had a sense of humour too ‘How long have you had your cough? About 4 weeks eh? There’s a 100 day cough going around, you’re probably a third of the way there’ he grinned ‘ Also, you have a chronic condition that is sitting on top of a previous condition, that should take about six weeks to heal, see you next week and – take it easy!’ Oh C’MON! Are you serious! I thanked him and left.

Two weeks later I wake up about 3am coughing and choking like my brain has bypassed the idea of smoking and just chewed up a carton of cigarettes, wrapper, box and all. In the dark of the night, it suddenly occurred to me ‘Oh my God! This is it! All these years I have avoided being sick and now it’s here and it’s pay-back time! It’s probably pneumonia, or worse, tuberculosis! Oh my God! it could be Ebola!!’

In a split second I had transformed my usually logical thinking into pure panic and pathetic-ness. I instantly felt overwhelming sorry for myself. I wondered if anyone would bring me clean underwear when I was admitted into hospital? Would anyone even know I was there? I don’t tend to post my life on FB. I lay there and coughed on and off for nearly three hours contemplating life, this one and the next, and must have dozed off about 2½ seconds before the alarm went off. Well this was just too much, and I was reduced into a mess of tears.

Fast forward. So, I make a Dr’s appointment. I am leaving the surgery with a script after explaining my previous weeks ailments but assuring her other than my coughing I felt physically fine. She smiles and says, ‘I hope you feel better soon’. I smiled back and of course said, ‘Thank you… you too’. Wait, WHAT?? I had just told her I felt fine and secondly, I had no idea why I had just said ‘you too!’. It reminded me of a friend I had years ago. Whenever I said ‘Hey!’ he would reply ‘good thanks!’ Where are you supposed to go from there? ‘You just stole my line! What am I supposed to say now? I can’t say ‘how are you?’ You already told me!’ It didn’t take long for me to stop saying Hi and whenever I saw him, I would simply smile and say, ‘Good thanks!’ – HA! Gotcha!!

Anyway, I should probably work out what the point of this post is and get to it as we are well and truly at the end already.

Reminder #1. Never take your health or anything or ANYONE else of value to you for granted – No REALLY!! You just don’t know when you won’t have them… except in the case of people leaving this life. They are never really gone 💙

Reminder #2. We are what we THINK we are and who we THINK we are. Be aware of ‘stinking thinking’. It is possible I overthought things in the early hours of that morning and it is unlikely I have Pneumonia, TB or Ebola 😊

Reminder #3. Hearing the Dr say ‘feel better soon’ proved that my deliberate listening practice is working but now questioned if she was actually listening to me. Replying ‘you too’ reminded me how easy it is to fall back to our most practiced habits – without even thinking about it.

Ps. And back to my segway earlier, after the head, comes a beautiful baby’s body – ours arrived at 8:47am to be exact… but more on that in a couple of weeks …