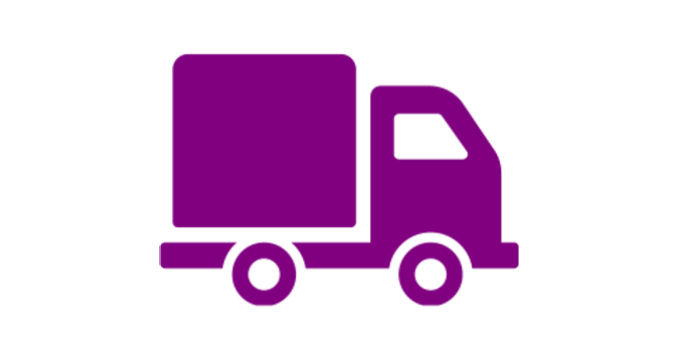 I picked up my 3-year-old nephew from day care/pre-school recently and before getting in the car we stood for a few minutes watching some workers load a big purple catering truck with equipment. It didn’t take long before they had strapped the trolleys and boxes in tight, the lift on the back was lowered for the last time and they headed off for lunch.

Many of us make New Years Resolutions only to have broken them by the middle of January or if we’re doing well, we might make it to Valentine’s Day. I used to wonder why so many of us fail at this simple exercise that is performed by so many people and has been a tradition for so long. I now believe there are three very simple reasons.

The first is so often we make a ‘decision’ that we are going to do something new or get better at something old but don’t actually change our thinking (mindset) or our actions (habits) or at least not long enough to see results. We slip back into our best practiced habit and do little differently feeling reluctant and more than uncomfortable with the new skills that will be required to be learnt. We second guess ourselves and it basically becomes ‘too hard’ and too outside our comfort zone (normal). We rationalise that it was a good idea at the time as we quickly resume being busy with what we’ve always done and so it becomes another January 1st memory.

The second, is that today we live in a ‘microwave’ society where we want everything instantly. We won’t wait three days or a week for Amazon to deliver our milk frother, we want it Express and on our doorstep in 24 hours or less! We buy groceries half prepared, carrot and celery sticks pre-chopped, cauliflower already ‘riced’ and frozen plates of food that will give us ‘meat and 3 vege’ hot on the table in 3½ minutes. It’s no wonder so many of us have little concept or tolerance for delayed gratification and look what we have taught to the next generation. How many businesses have failed because the owners didn’t persist and nurture it long enough to see profitable results?

Chinese bamboo can die if the watering and fertilising process is stopped, BUT in the fifth year the bamboo finally breaks through the ground and can grow nearly 90 feet in six weeks. So, the question is, does it take six weeks or five years to grow bamboo?

I think back to the comment from my little passenger and believe the third reason and a pretty obvious one, but an elephant nevertheless, is that we don’t have enough confidence in ourselves to believe that we CAN “drive the purple truck”.

Often, we don’t start something new because we don’t really believe we can do it. Alternatively, we research our decision to death and then succumb to ‘paralysis by analysis’ which stops us from doing anything further (actually getting going). We even get excited and say all the right things, then find every reason under the sun why we can’t do it just yet. Perhaps the problem lies in that we are trying to create something new with the same thinking and limited resources we currently have without changing anything. Someone told me once, sometimes we must ride on the coattails of someone who believes in us more than we do… until we believe in ourselves as well.

A child got to class late one morning to see a difficult maths problem on the board. He scribbled it down and took it home that night to solve. He worked on the problem for many hours and found it incredibly challenging but finally got the answer and he handed it in to his teacher the next day. After looking at his work for several minutes in disbelief, the teacher asked him how he had solved this problem. As he had been late to class, he had not heard her say that this was an example of a maths equation that had never ever been solved before. He replied simply, “I didn’t know when I was solving it, that it couldn’t be solved.”

A 15 year old boy in year 9 sat regularly at lunch time with a group of year 11 and year 12 friends. They would often talk about their assignments and challenges they were having with various subjects. One night his mother went into his room late and asked what he was working on. He replied that it was a legal studies assignment. Initially puzzled, as she knew he didn’t take legal studies, she quickly realised what was going on. The student who owned the assignment handed in the ‘ghost writers’ work in and both parties were thrilled to receive a B- for the assessment. The 15 year old boy completed the assignment as a challenge despite never having studied the subject. He just believed he could do it and no one had told him otherwise.

You CAN drive the purple truck!!